Additional opportunities for business development in the regions considered 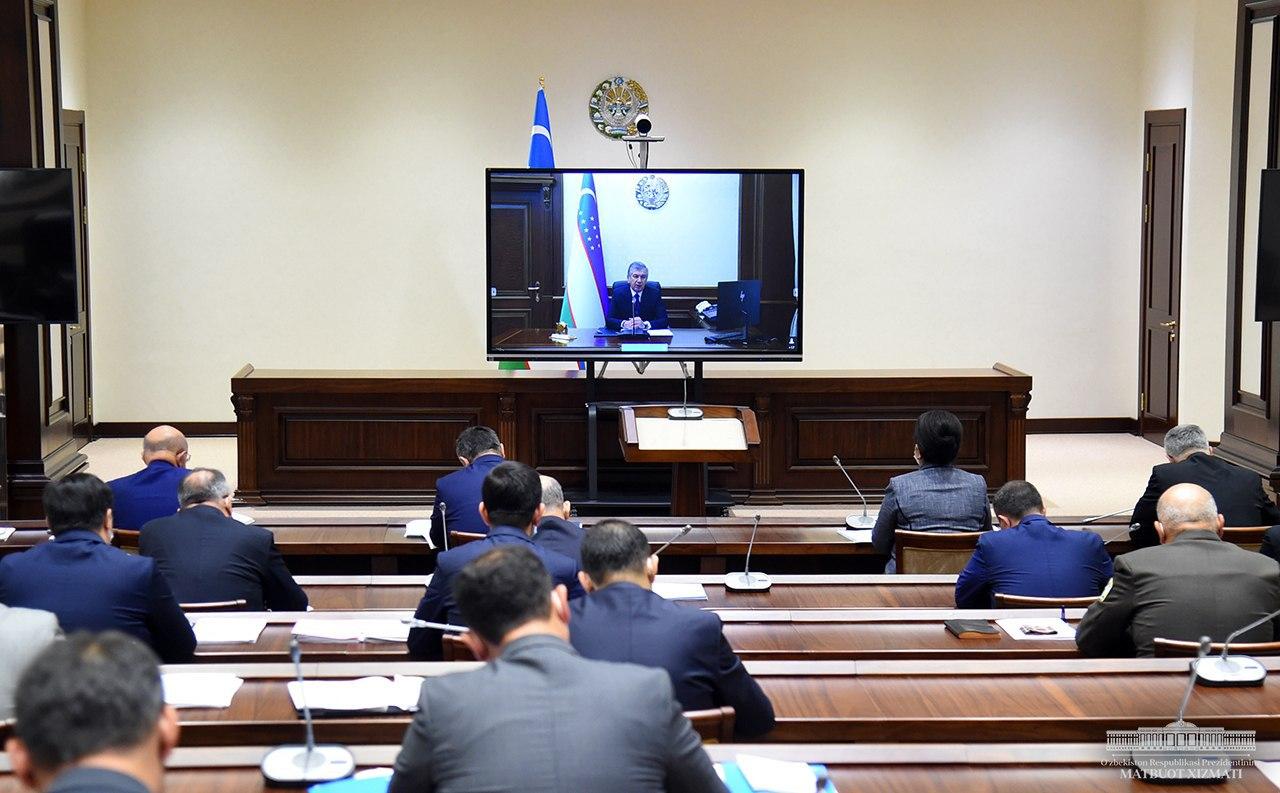 On August 20, President Shavkat Mirziyoyev chaired a videoconference on measures to increase the economic activity and create additional reserves based on completely new mechanisms and approaches.

Thanks to easing the lockdown restrictions, the country is experiencing an increase in economic activity. Business activity in trade, production, services and other areas has resumed, and there is an opportunity to increase revenues.

Additional opportunities for business development in cities and districts were analyzed, and measures to use them were identified.

It is estimated that there are all possibilities for forming an additional reserve of 500 billion UZS by December 1 this year. These funds will become an auxiliary resource to support the needy segments of the population.

The need was noted for fully restoring the activities of 20 thousand enterprises by the end of August and 26 thousand in September, to help them in implementation of accumulated products due to the pandemic. The task has been set to create additional retail facilities in cities and bring consumer goods in demand to electronic trading platforms. The importance of solving transport and logistics issues of enterprises that face difficulties in importing raw materials and exporting goods was emphasized.

The regional khokims were instructed to take measures together with the Business Ombudsman and Customs Committee to launch technological equipment imported by entrepreneurs by October 1, and to resolve problematic issues related to land, structures, electricity and gas supply, engineering and communication infrastructure.

It was indicated that there are large reserves in the regions for further development of entrepreneurship. For example, thanks to state subsidies and low-interest loans, 100 water wells were drilled in Farish district and 6 vineyards were laid on 2.7 thousand hectares of land that was withdrawn from circulation. As a result, 2.5 thousand new jobs were created, and budget revenues will increase.

In addition, 7 hydroponic greenhouses are being built on 54 hectares in Takhiatash district using waste water from a thermal power plant. This will create 500 jobs and additional source of taxes this year.

Noting that such opportunities exist in all regions, the Head of the state pointed to the need for their competent use and support for new enterprises through cooperation.

Another reserve is more than 1 thousand hectares of unused land in free economic zones, which are provided with engineering-communication networks. 120 projects can be implemented on these areas, providing for creation of 17 thousand jobs. The importance of comprehensive study and early launching of these projects was noted at the meeting.

Instructions were given to increase tax revenues by reducing the share of shadow economy and using additional reserves, which will become an important source of support for needy segments of the population.

The need was also noted for establishing public control over the expenditure of funds received from additional reserves, and further strengthening the activities of local Councils of People's Deputies in this direction.

Special attention was paid to ensuring the employment of youth and women. Deputy Prime Minister was tasked to introduce a procedure for training them in popular professions and entrepreneurship, followed by financial support for establishing a business. For the purpose of systemic organization of this work, it was instructed to create separate lists similar to the implemented "iron notebook" – a "youth notebook" for unemployed youth and a "women's notebook" for unemployed and women without breadwinner, and work on them on the basis of a new system and a new order.