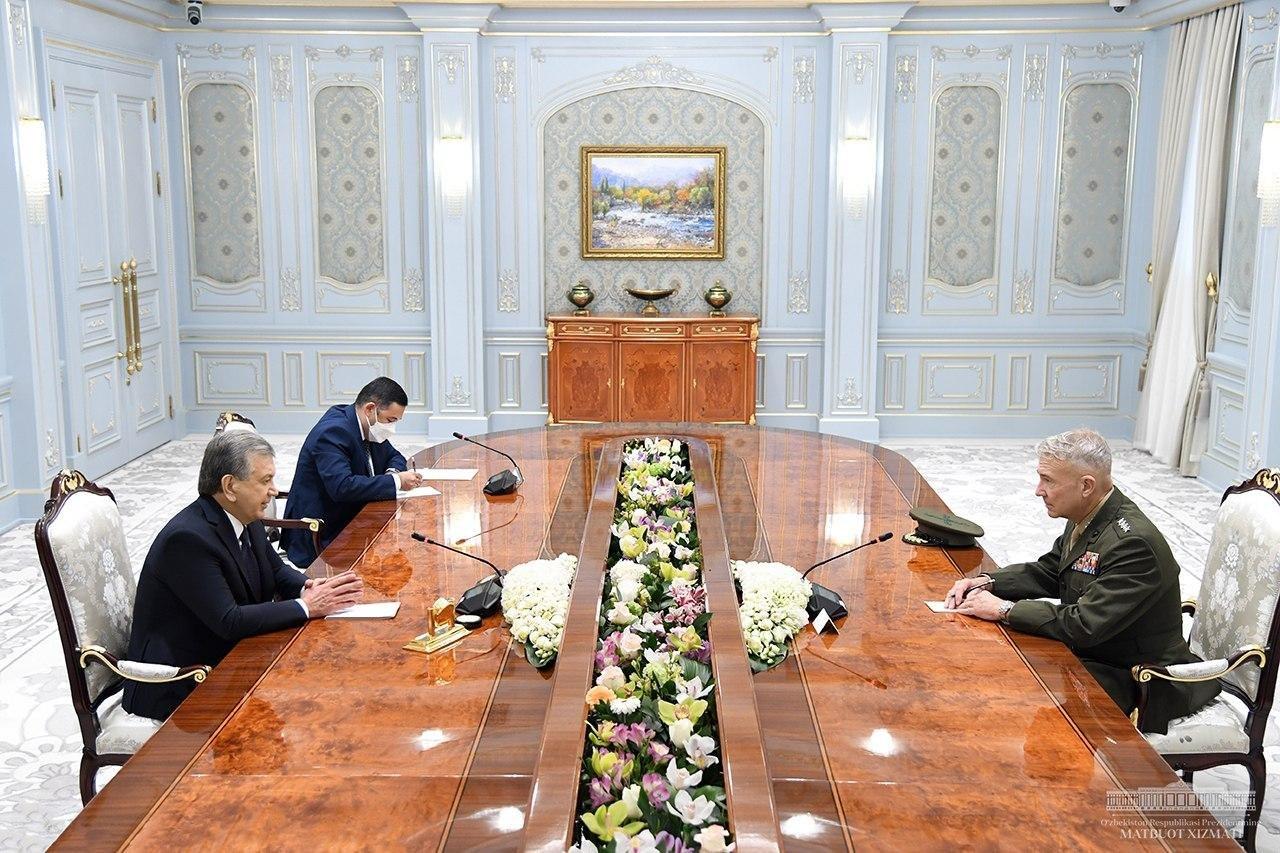 On October 20, President of the Republic of Uzbekistan Shavkat Mirziyoyev received the Commander of the United States Central Command, General Kenneth McKenzie, who has arrived in Uzbekistan on a working visit.

Current issues in Uzbekistan – American relations and the regional agenda were discussed during the conversation. Particular attention was paid to countering global challenges and threats to security and stability.

Views were exchanged on issues of support for the peace process in Afghanistan and practical assistance toward that country's economic revitalization.

General McKenzie sincerely thanked the President of Uzbekistan for organizing the meeting and stressed the U.S. commitment to the consolidation of strategic partnership and development of full-scale interaction between the two countries.