Prosperous and Safe Makhalla Concept to be implemented 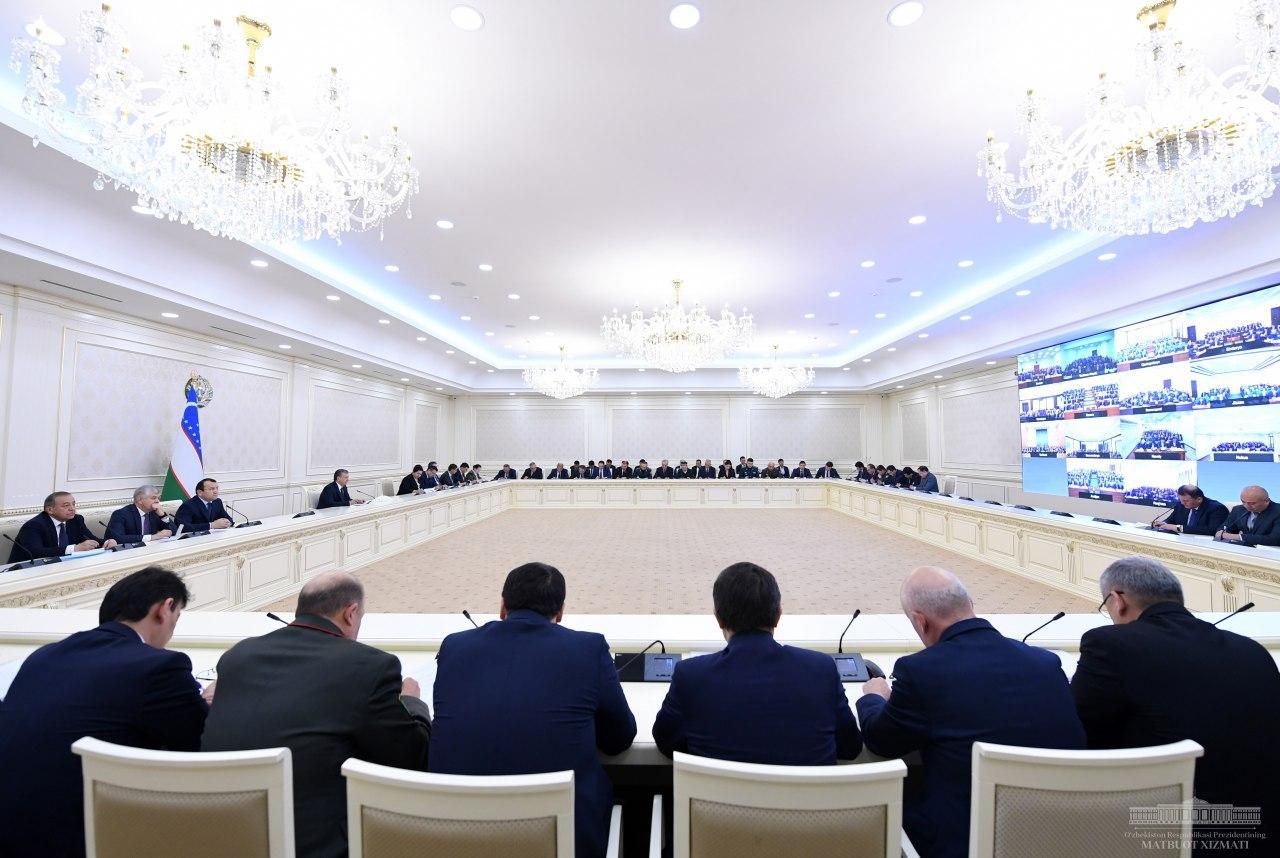 On February 12, a meeting on the issues of improvement of the makhalla institution, strengthening peace and tranquility, and prevention of local offenses was held under the chairmanship of the President of the Republic of Uzbekistan Shavkat Mirziyoyev.

Makhalla is one of the most important links in society. Over the past three years, a number of practical measures have been taken to develop it.

In particular, 38 laws and regulations were adopted, more than 50 normative-legal documents were improved. Workers in the sphere, who have distinguished themselves in social activities, have been awarded state awards. Last year alone, the salary of the chairmen and executive secretaries of citizens' assemblies was increased by 1.5 times.

Over the past three years, about 87 thousand families have raised their standard of living and ceased to be considered low-income families through the joint efforts of makhalla activists, responsible organizations and prevention inspectors.

The President noted that neither the people nor the state are satisfied with the current system of activity of the makhalla, many shortcomings and problems have accumulated in this sphere.

In particular, more than 18 thousand people work in civil society institutions, but their activities are not organized efficiently. There is no system to prevent factors that negatively affect the socio-spiritual situation in families. As a result, the number of dysfunctional families and offenses has increased. Cases of suicide among women and minors cause for alarm.

Problems associated with divorce, early childbirth, spiritual and moral education were noted at the meeting.

"While the ancient and noble concept of family sanctity is depreciating, our centuries-old national values are being eroded, such painful cases cannot be eliminated. For this, the makhalla must turn into a great social power. After all, activists and elders who have seen a lot in their lifetime, if they want, are able, with public support, to solve any problem, to direct the mistaken youth to the right path", said Shavkat Mirziyoyev.

At the meeting, problems were noted directly in the makhallas, attention was paid to issues of supporting and strengthening the material and technical base of civil society institutions.

Today 1234 citizens' assemblies are placed in buildings of various organizations or in premises owned by entrepreneurs. More than a thousand assemblies function in social institutions, 78 in the buildings of neighboring assemblies, 48 buildings are in disrepair. There is no single procedure for paying utility bills for the maintenance of these premises throughout the country.

Employee turnover in the makhalla system has become commonplace. Despite the ban on attracting employees of the makhalla institute to activities that are unusual for them, at meetings and other events, no noticeable positive changes in this direction are observed.

Over 200 functions are assigned to citizens' assemblies. At the same time, no one thought how the assemblies would cope with such a volume of work, having only 2 full-time units. Khokims or councils of people's deputies have never discussed at their meetings the issue of increasing the effectiveness of the makhalla.

President Shavkat Mirziyoyev, presenting the recent Address to the Oliy Majlis, noted the need for transforming the makhalla system, implementing the Prosperous and Safe Makhalla Concept.

At the meeting, issues of implementing this principle and reforming the makhalla system were considered in detail.

The Head of the state noted the need for consolidating efforts to effectively solve the problems and shortcomings that have accumulated in the makhallas, to ensure peace and tranquility. A proposal has been forwarded to create a separate state body responsible for this sphere – the Ministry for Makhalla and Family Affairs.

It was noted that the new ministry will unite more than 40 thousand workers of makhallas and agencies of the republican level, will ensure their united and coordinated work in the name of a common goal. In short, a holistic and effective vertical system for resolving problems at places will be created.

The First Deputy Minister will be identified as responsible for issues of family, women, social and spiritual environment. Another deputy will deal with issues of social support for the elderly, educating young people in the spirit of patriotism. The position of the deputy responsible for development of family entrepreneurship and small business, homestead farming and landscaping, environmental issues and employment promotion will be introduced.

Heads of territorial administrations and departments of the ministry will be simultaneously deputy khokims. The status of heads of departments for the prevention of crime will be upgraded to deputy heads of respective departments of internal affairs. The Ministry for Makhalla and Family Affairs will work closely with the Ministry of Internal Affairs.

In the new structure, priority will be given to working with women. Employees of women's committees and makhallas will continue their activities in the new structure, their status, terms of remuneration and material incentives will increase significantly.

The term of office of the chairmen of the makhalla will be extended from three to five years. The chairman will have three deputies. From now on, inspectors for prevention will simultaneously occupy the position of deputy chairman of a citizens' assembly on law and order. This post will be appointed for a term of five years.

Public commissions operating at makhallas will be optimized in 12 areas, the work of which does not bring the expected result.

Issues of strengthening the financial and economic foundations of the makhalla institute have been considered at the meeting.

It was determined that from March 1 this year, the salaries of the chairmen and their deputies will be increased by an average of 1.35 times.

Common criteria for evaluating the activities of makhalla workers and prevention inspectors will be developed. It is planned to introduce a rating of their performance. Exemplary makhallas will be encouraged.

Makhallas will receive loans at low interest rates for entrepreneurship within the framework of the programs "Every family entrepreneur", "Youth is our future", "Handicraft". At the expense of these funds it will be possible to open hairdressing salons, bakeries, handicraft workshops, sewing, confectionery shops, teahouses and guzars.

The Ministry of Finance has been tasked to develop carefully thought-out fundamentals of financial support for makhallas. Responsible ministries and agencies were given the task to strengthen the material and technical base of makhallas, introduce modern information and digital technologies into their activities.

From now on, citizens' assemblies will be engaged in the implementation of Prosperous and Safe Makhalla Concept, in issues of ensuring a stable social and spiritual atmosphere and tranquility, broad involvement of the population in entrepreneurship, prevention of illegal land acquisition, and land improvement.

It was determined that more than 50 functions that are not inherent in the activities of citizens' assemblies will be canceled, the load of preventive inspectors will be significantly reduced. The makhalla chairmen will be given additional rights, their status and authority will be enhanced.

Responsible persons have been given instructions on the introduction of a new system based on Prosperous and Safe Makhalla principle, the creation of stage works and feature films that foster a sense of respect for the makhalla and national values.

The need for expanding the list of administrative offenses, consideration of which is referred to the competence of inspectors for prevention was noted in order to form an effective system for early warning of offenses in makhallas.

The Ministry of Internal Affairs was tasked with studying the conditions created for prevention inspectors and strengthening the material and technical base of strongholds. At the same time, instructions have been given to critically review the activities of inspectors and appoint worthy employees to this position.

Issues of building complexes of citizens' assemblies on the basis of public-private partnership, placement of assemblies in empty buildings were also considered.

The importance of using the experience of the older generation in strengthening the atmosphere of harmony and mutual respect in makhallas, enhancing feelings of patriotism and industriousness among young people was noted.

Instructions have been given to organize the Makhalla and Oila (Neighborhood and Family) Research Institute on the basis of Oila and Makhalla Ziyosi centers in order to expand the scope of research on the issues of makhalla and family, as well as put their results into practice.

The Head of the state, noting that the makhalla is a mirror of our national mentality and plays an important role in society, proposed to declare March 22 as Makhalla System Workers Day.

Information of responsible persons, opinions of the older generation and makhalla activists on the issues discussed at the meeting were heard. 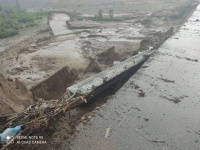 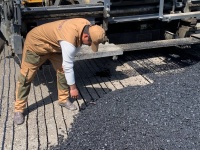