Anti-corruption and public control systems to be improved 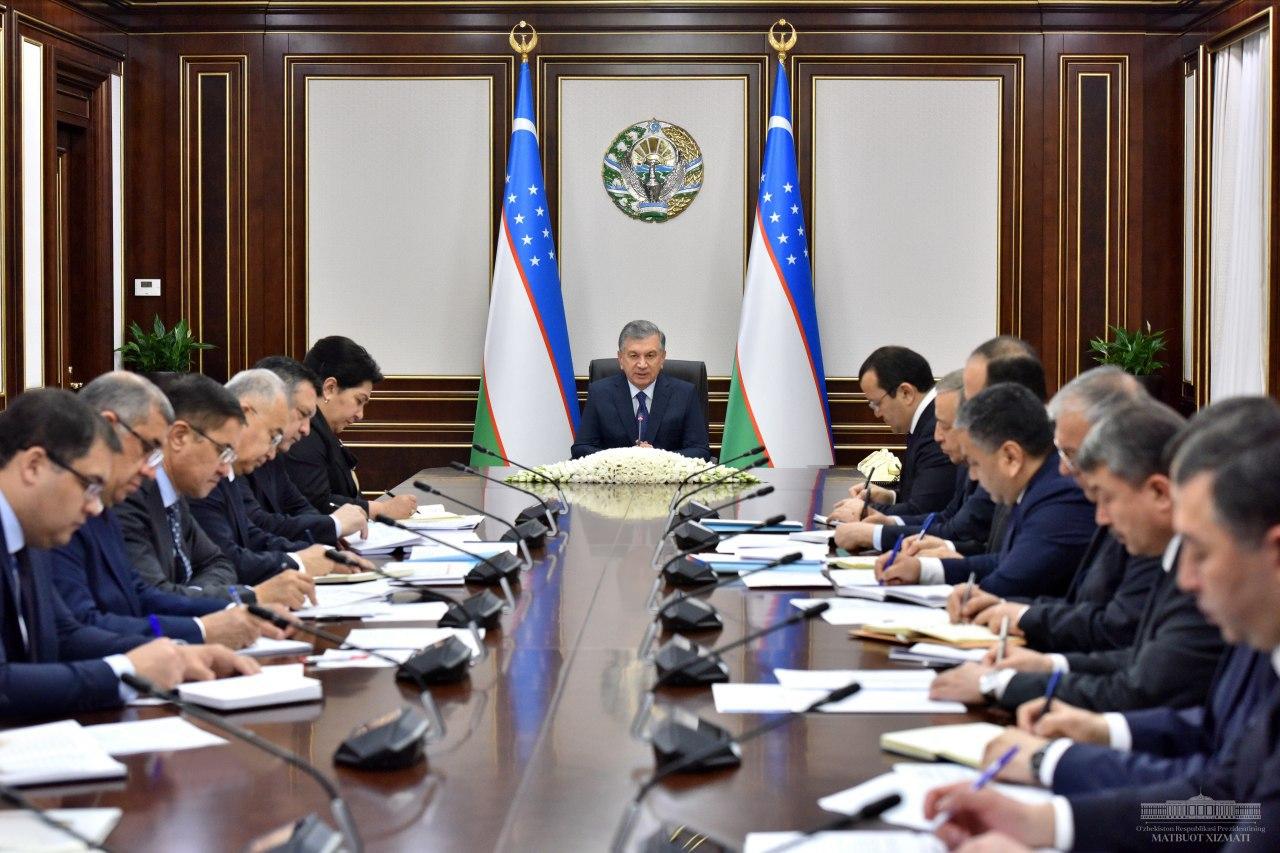 On February 11, the President of the Republic of Uzbekistan Shavkat Mirziyoyev held a meeting on the issues of improving the anti-corruption and public control systems.

Corruption is one of the major obstacles in economic development, in creating a truly favorable business environment and investment climate. According to some estimates, the damage to the global economy from corruption is on average 2.6 trillion USD a year.

Uzbekistan has not been free of this problem, either. In the Transparency International index, the country has improved its position over the past three years by 12 points, yet the vicious phenomenon is still far from being completely eradicated.

According to our compatriots, corruption is most widespread in the healthcare, education, banking, customs, judicial systems, prosecution authorities, internal affairs, public services, as well as when hiring citizens.

For example, 25-30 percent of funds in the healthcare system are used inefficiently. In many areas, public procurement is hardly transparent.

The Head of the state, in his recent Address to the parliament, noted the need for moving from eliminating the consequences of corruption to its early warning, and proposed to establish a separate body responsible for combating corruption.

Issues of organizing this new institution were discussed at the meeting.

Instructions have been given on development and implementation of anti-corruption programs in areas with a high level of fraud.

One of the key factors in fighting corruption is transparency in the activities and working procedures of government bodies. Main attention thus should be paid to ensuring openness and transparency in employment, public procurement, issuing permits, licenses and other processes, the President noted.

The Ministry of Justice and Prosecutor General's Office have been instructed to introduce, in cooperation with the United Nations Development Programme, a compliance control system in ministries, companies and khokimiyats, providing for the development and realization of internal anti-corruption measures.

The need for development and introduction, with attracting foreign experts, of all the organizational and legal foundations for the declaration of property and income by civil servants was indicated.

Responsible executives were given instructions on drafting documents required for the establishment of an anti-corruption agency, based on foreign practice. It was emphasized that the body must not only implement and coordinate state policy in this area, but also have all the powers and means to combat corruption.

One of the important means of eradicating this evil is public control.

There are over 10 thousand nongovernmental nonprofit organizations in Uzbekistan. But their role and activity could be much higher. There is barely a holistic system that would express their interests, act as a bridge between NGOs and the state.

The current system of interaction with the public is not able to bring to the center the issues concerning people at places and in various fields, and does not allow achieving tangible results. Many nongovernmental nonprofit organizations work nominally.

What is the use of such large associations as "Mahalla", "Nuroniy", and the Women's Committee for citizens, what urgent issues have they been able to raise and solve? Unfortunately, there is no satisfactory answer to these questions.

In this respect, during his Address to the Oliy Majlis, the President proposed to set up a Public Chamber to strengthen public control, establish close interaction between the state and society.

Key objectives, structural aspects of the Chamber were discussed at the meeting.

It was noted that the Public Chamber should regularly study public opinion and set specific tasks for government agencies to solve them. The importance of introducing such effective forms of public control as public hearings, public monitoring, public scrutiny and public initiative was noted.

The essential activities of the new Chamber will include the revitalization of nongovernmental nonprofit organizations and public councils under state bodies, provision of comprehensive methodological assistance to them.

Instructions were given on creating the organizational and legal foundations of the Public Chamber, taking into account these challenges, developing an Action plan for 2020-2021 to promote civil society institutions.

Issues of improving the activities of the Public Fund for Supporting Non-Governmental Non-Profit Organizations and Other Civil Society Institutions under the Oliy Majlis, allocation of grants to non-governmental non-profit organizations for the study and development of proposals on effective resolution of problems in society were also considered.

Corresponding measures were defined on the issues discussed at the meeting.