Shavkat Mirziyoyev: Uzbek language is a symbol of national identity and state independence, a huge spiritual value for our people 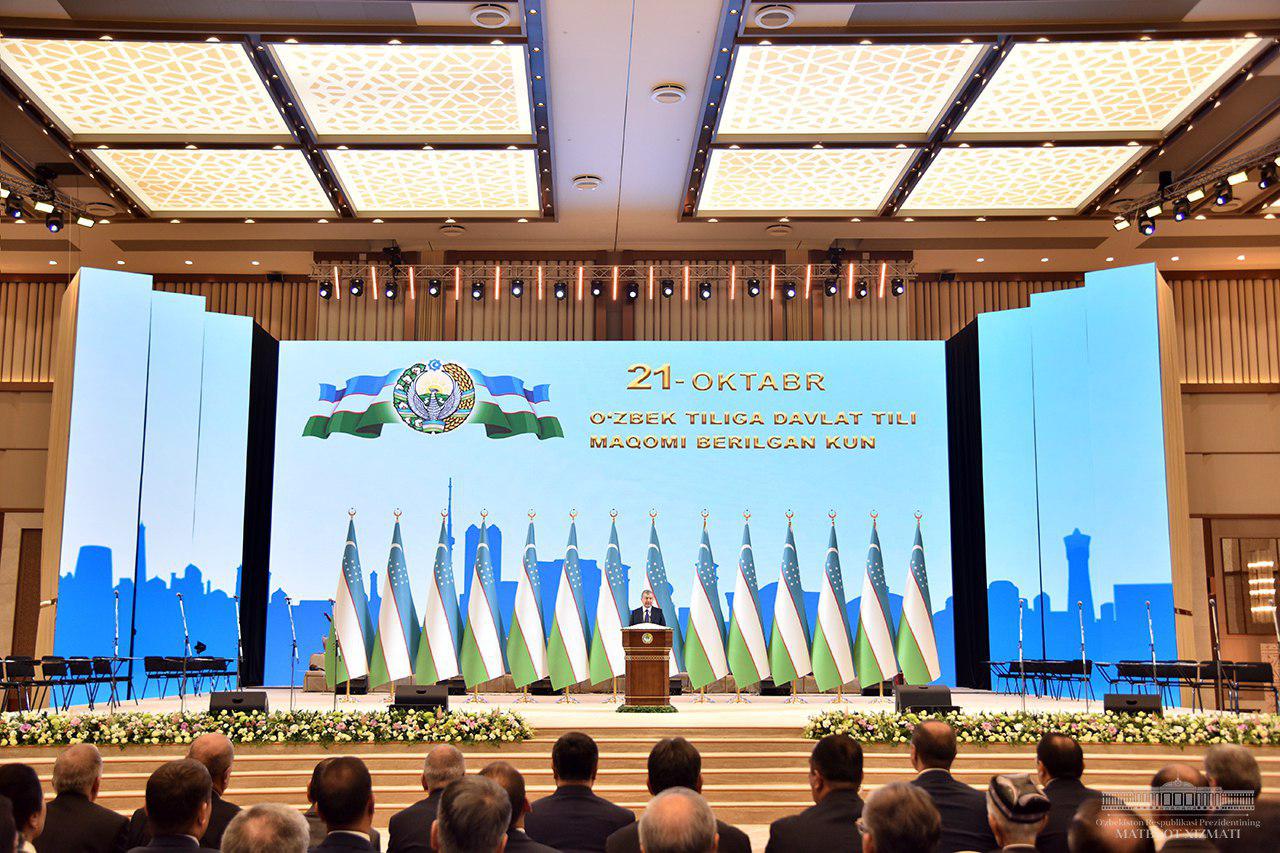 On October 21, a solemn meeting dedicated to the thirtieth anniversary of giving the Uzbek language the status of the state language was held at the recently commissioned Congress Hall.

The ceremony was attended by the President of the Republic of Uzbekistan Shavkat Mirziyoyev.

The Head of the state congratulated the participants, all Uzbekistan people on this significant date.

"Uzbek language, one of the ancient and richest languages of the world, is a symbol of national identity and state independence, a huge spiritual value for our people. Anyone who wants to feel the beauty, charm and richness of our language, its enormous opportunities, let him or her listen to the lullabies of our mothers, ancient dastans and maqoms, songs of our hafiz and bakhshi", the President said.

Uzbek language, which is part of a large family of Turkic languages, is one of the largest in the world. Almost 50 million people speak it in the world.

Thirty years later from this historic date, another important step has been taken. Today, the President signed the Decree "On measures for radically increasing the role and authority of the Uzbek language as the state language", which was declared the Uzbek language holiday in the country on October 21. The general public, all the people of the country, received this news with great joy.

In his speech, the President noted the need for further increasing the authority of the state language in the life of the state and society, improving the Law "On the State Language" based on today's requirements, and identified the urgent tasks in this sphere.

The solemn meeting was attended by deputies and senators, members of the government, state and public figures, representatives of the diplomatic corps, linguistic scholars, teachers and youth.