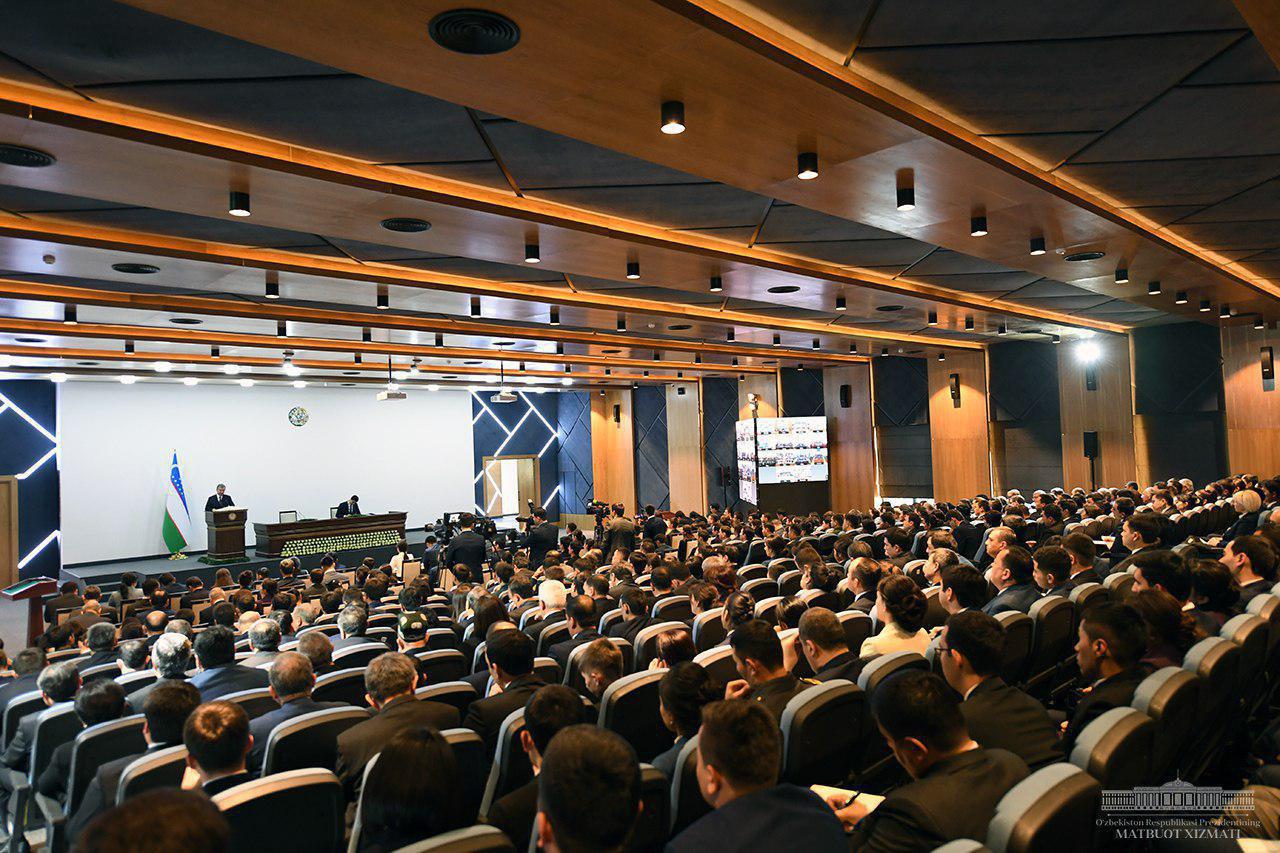 On December 27, President of the Republic of Uzbekistan Shavkat Mirziyoyev held a meeting with representatives of the younger generation at the school named after Muhammad al-Khwarizmi.

The legal framework of the state youth policy has been strengthened, and the Republican Interdepartmental Council for Youth Affairs has been formed in recent years. The Youth Union of Uzbekistan has been organized, June 30 was declared the Youth Day. Currently, the Union has 7 million 690 thousand members.

8 Deputy local khokims were appointed from among the representatives of the younger generation. 9 young men and women were elected in recent elections to the Legislative Chamber, and almost 10 percent of the newly elected deputies of the local Kengash were young people.

"I believe that among the younger generation there are educated, brave young boys and girls, ready to say: "I will support you!" The most correct way of leadership, the ability to lead is a personal example", says the President.

Problems in young people's life, current issues were discussed at the meeting.

It was noted that there is no effective mechanism in Uzbekistan for selecting senior staff from among promising personnel and placing them in suitable areas of work for their abilities.

Speaking about the threats and ideological risks in the context of globalization, the President cited the words of our ancestor, the outstanding educator Fitrat: "This world is a battlefield. The weapons in it are a healthy body, a sharp mind and high morals".

The tasks for implementation of each direction of Five Initiatives in districts and cities were defined.

Participants supported the initiative to organize the Agency for Youth Affairs on the basis of the Youth Union.

"We will build a New Uzbekistan together with youth. 2020 will be a turning point in the State Youth Policy", noted the President.

Participants expressed their opinions at the meeting held in the form of an open dialogue. The Head of the state gave instructions to responsible officials on each proposal.

Youth in every region of the country followed the meeting via video conferencing.